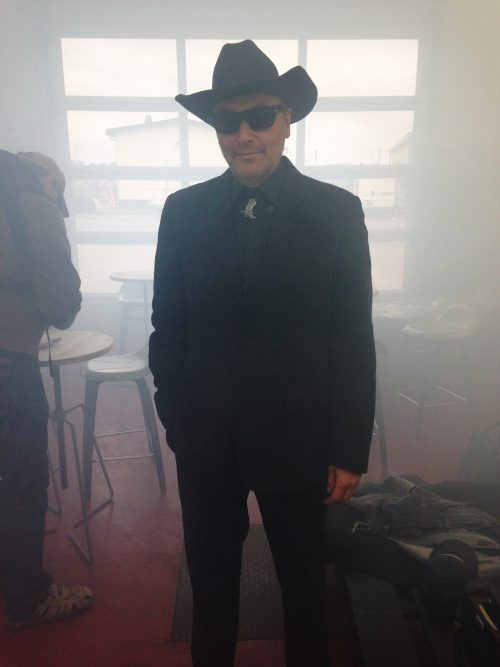 With his mind deeply rooted in cinema, Pierre Winther composes each image impeccably, telling entire narratives in a single moment. He captures the point at which the story reveals itself, like the essential action of a temporal scene frozen in time. Such images transcend their static motif, nurturing curiosity, prompting the viewer to engage their imaginations, and to complete the story within their minds. The inherent cinematic quality in Winther´s images make his characters feel very real and often shot in a documentary style, even when they inhabit a visual world that seems quite extraordinary. Timeless dramas unfold through depictions of organized chaos, presented in saturated hues in a enhanced naturalism.

As a creator Winther was part of a special devision with directors like Ron Howard, Terry Gilliam, Robert Rodriguez, Terrence Malick, and Pierre Winther to work on ideas that needed something extra in the field of commercial campaigns for major brands, award-winning films across a range of genres, TV series for virtually every network, digital platforms, and experiential events.

He has created and executed other global campaigns for Diesel, Hugo Boss, Dunhill/Richmond Group, Camel, Nike, Energie Jeans, JVC and more. His editorial work has appeared in such magazines as the Face, iD, Rolling Stone, Flaunt, Spin, Dutch, Vogue, amongst others. He has shot covers and music videos for INXS, Skunk Anansie, Tricky, Nicolette/ Massive Attack, Neneh Cherry, Bjork, Beastie Boys and more.

The Victoria & Albert Museum and the National Portrait Gallery in London include Winther’s photographs in their permanent collections, his work was exhibited in solo exhibitions and group shows like the Fotografiska Stockholm, Deichtorhallen in Hamburg, Øksnehallen in Copenhagen, NRW-Forum Duesseldorf, Hilversum Museum Netherlands.