Tricky is a person who conveys alienation and darkness in his musical universe. Pierre Winter brought this mood into the pictures by use of light and shadow, but added a twist of humour as well: Tricky posed on a platform of plastic, looking a bit like a toy figure. That stance established Tricky as someone living in a world that might be strange, but never sad or tedious. As with the music, we are drawn into a world away from the common and ordinary. These images were used in Tricky’s album Near God, released by Island Records London and for the promotion tour in the US. 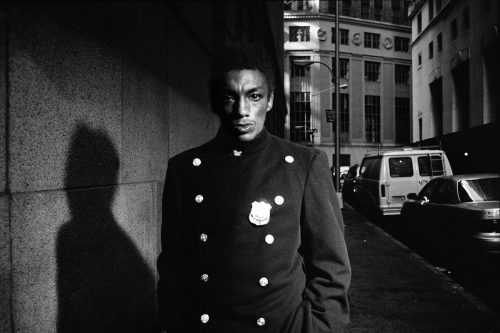 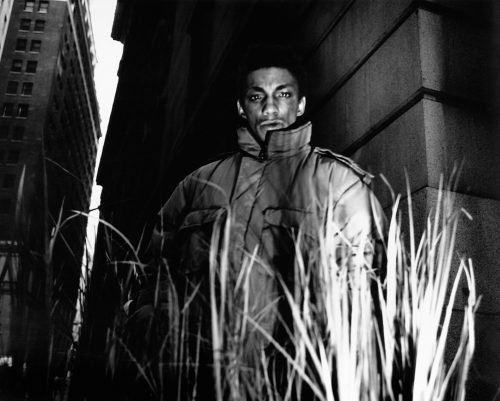 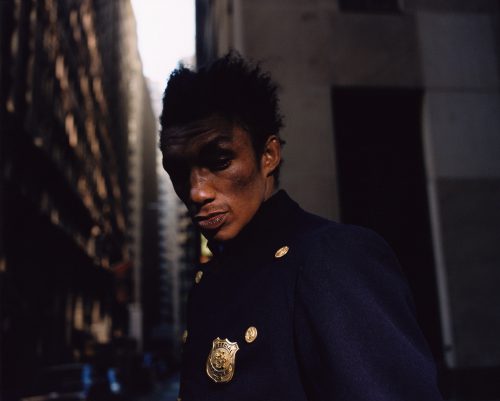 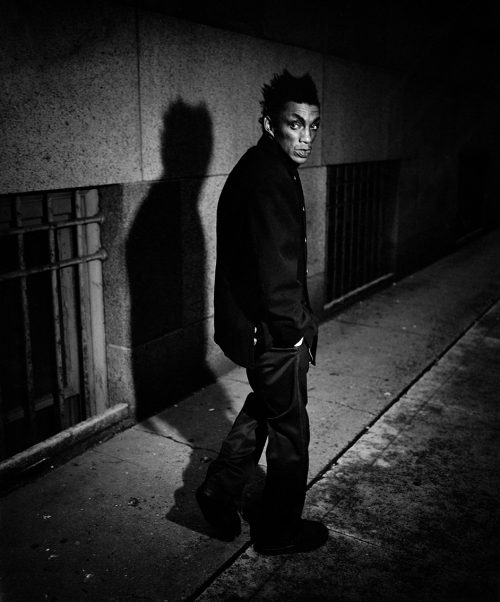 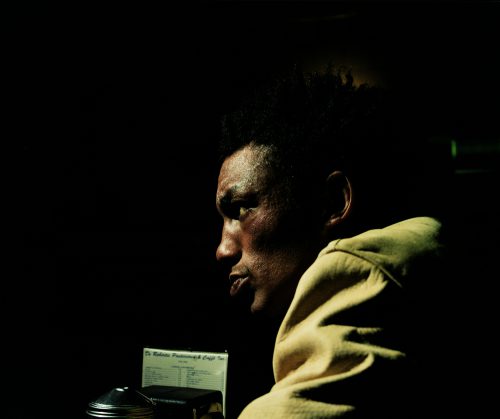