Collector’s Edition limited to 100 numbered copies, each signed by the artist.

Book and print packaged in a handcrafted box, with silk screen design.

Throughout his long career, Pierre Winther has been responsible for some of the most iconic advertising campaigns for brands like Levi’s, Diesel, and Dunhill; he’s contributed regularly to

The Face and Rolling Stone and made music videos for Björk, INXS, and the Beastie Boys. His book, Nothing Beats Reality, (teNeues, 2015) is a compilation of some of his best work—

an avant-garde tornado from an artist who has been pushing the boundaries of photography for the last quarter-century. 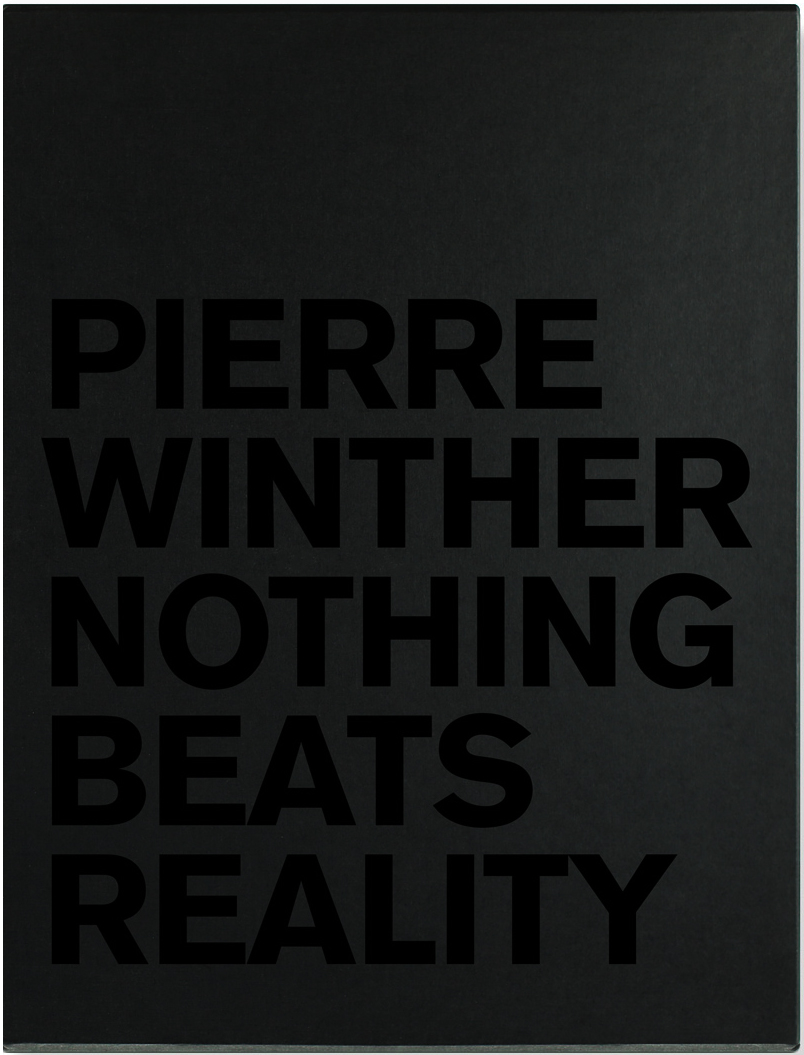 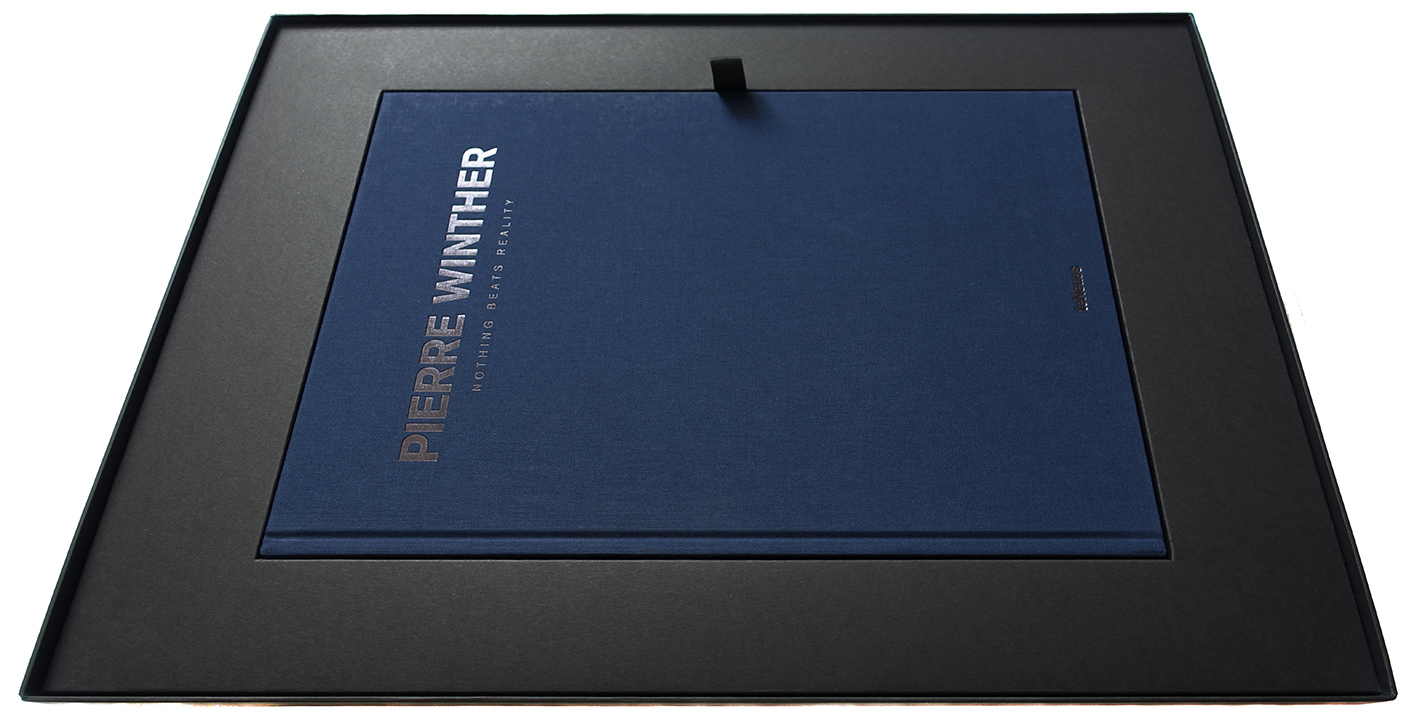 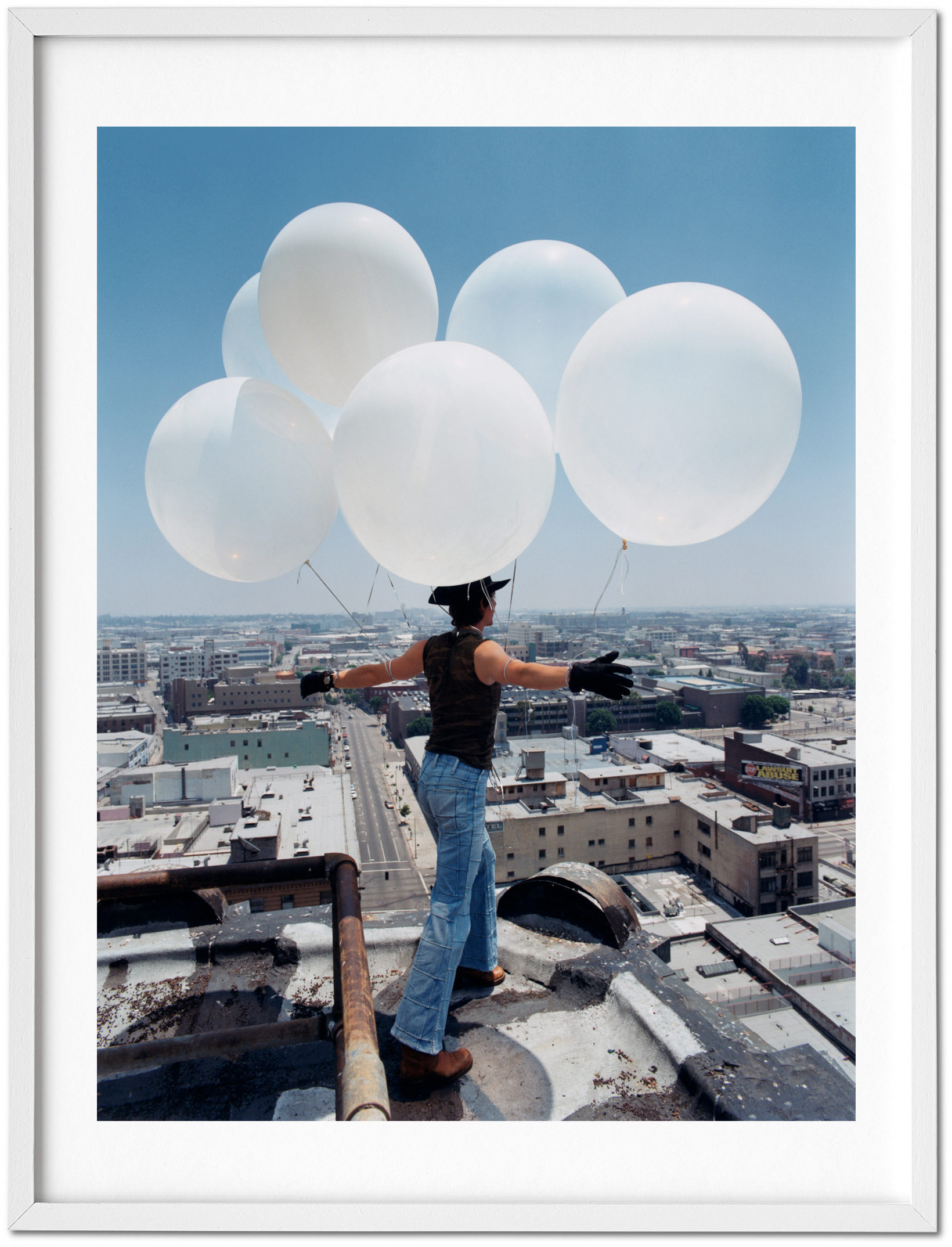 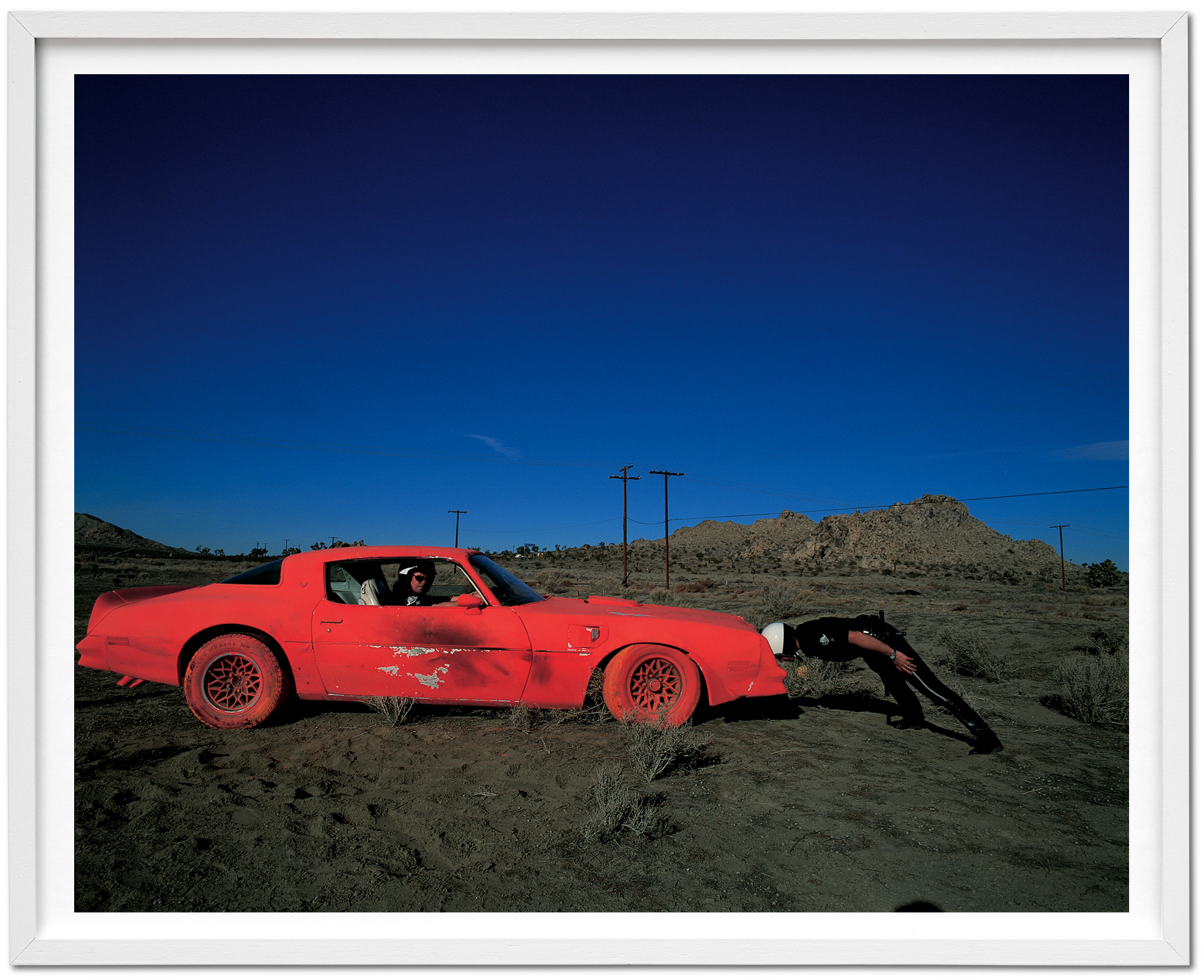 Limited Editions are automatically shipped via expedited service at no extra charge.  All list prices are inclusive of sales tax.

Available items will be charged and delivered immediately. The time of delivery is up to 5 working days (within Europe and the EU).

If the content of your order arrives damaged, you are eligible for a full refund of the purchase price, including any original shipping costs. In the case of a return made for reasons other than a damaged delivery, the purchaser bears only the total shipping costs but gets a full refund of the purchase price. To receive a refund, please return your item/s to us within 14 days of the delivery date and in the same condition you received it. If you wish to return an item or have any other questions regarding your order, please contact: sales@pierrewinther.com 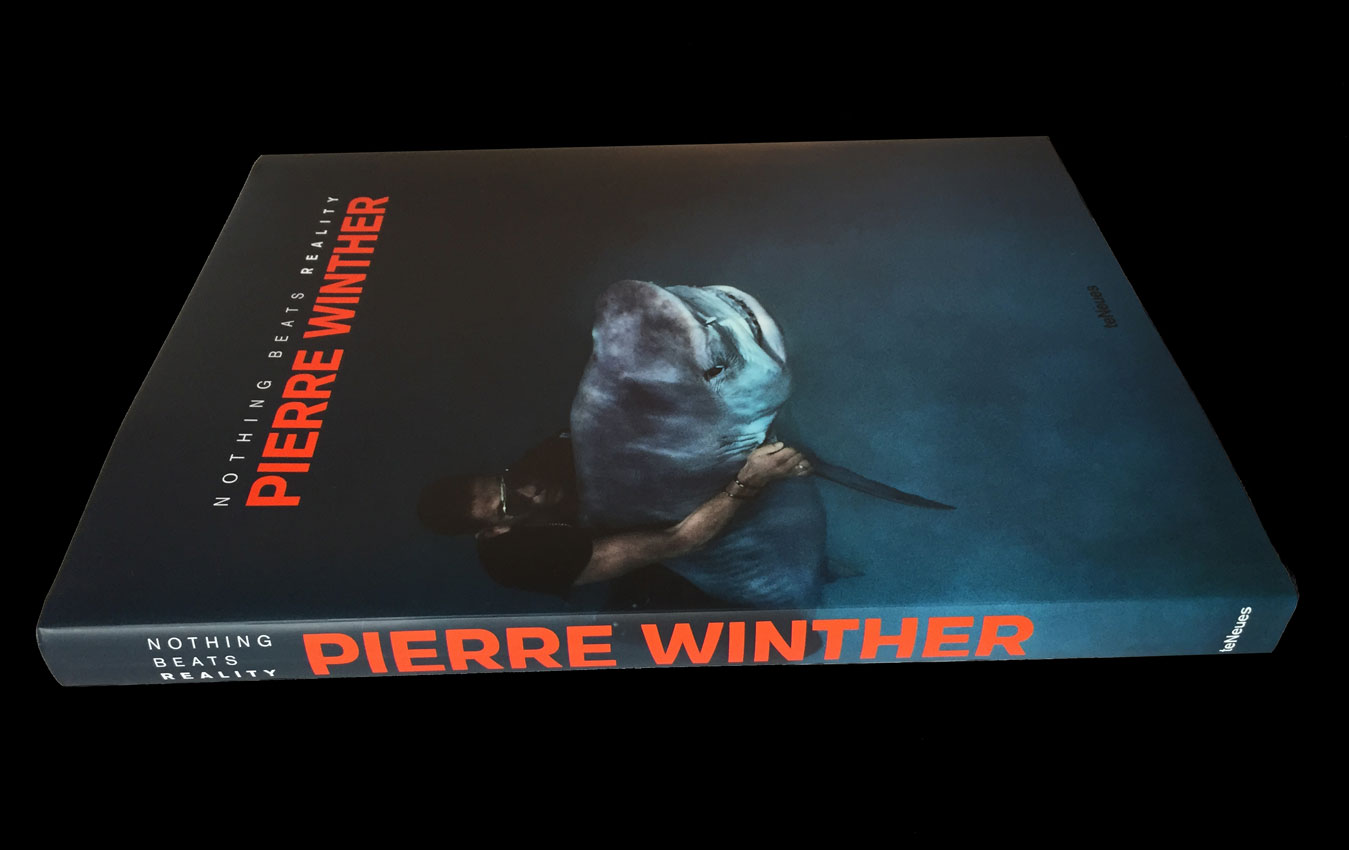 Pierre Winther is a world-renowned conceptualist, raconteur, image-maker, and visionary.  Based in Berlin and born in Copenhagen, Winther has been pushing the boundaries of photography and film since 1985.  With his mind deeply rooted in cinema, he manages with his complex imagery to tell entire stories in single moments.  Through his lens, timeless dramas unfold from a kind of organized chaos depicted with bold, saturated hues, and his engaging sense of narrative is conveyed with a single click of the shutter.

‘Nothing Beats Reality’ is a carefully curated selection of Winther’s prolific oeuvre spanning more than a quarter of a century.  The book is published by teNeues and features powerful images such as ‘Car Crash’, created by Winther as part of the visual identity “Successful Living” for Diesel Jeans in 1994.  The parallel universe he conjured up for Diesel in the 90’s referenced social concerns with a radical irony, and paved the way for groundbreaking campaigns during the 90’s which still inspire advertising today.

Winther’s most iconic photograph is of a man riding a 17-foot tiger shark, a daring image achieved on a mammoth 1992 shoot in the Great Barrier Reef, in the days before Photoshop.  Shot for a Levi’s campaign, the photo spawned many imitations and transcended the commercial world to end up in galleries and Christie’s auction rooms.  The groundbreaking photo, which was produced without digital manipulation, appears on the cover of this book and inspired the book’s title ‘Nothing Beats Reality’.  Winther commented:  “I think the narrative of the man riding a 17 feet tiger shark visually sums up my general approach to image-making, which is this balance of danger and illusion with a playful nod to the viewer.And in the same time I see the image as a hint to the title “Nothing Beats Reality” and visa versa.”

This glossy hardback book of striking, often surreal images, contains Pierre Winther’s revolutionary editorials, campaigns and high-concept visuals.  His unique approach to capturing his subjects stimulates the imagination and engages with the viewer.  In “Nothing Beats Reality” Winther takes his radical approach a step further by “encoding” his imagery. By doing this, Winther strikes a new interactive path to connect his visual worlds as photographer and film director. In other words, “the film starts where the photograph ends.”